We are Agora Financial

CHOOSE A section to learn more about us

Books and Other Media

While the majority of Agora Financial’s investment strategies and education material can be found on our website, we also try to reach a wider audience through books, movies and research papers. Here is a small list of our accomplishments in these fields.

In 2011, Agora Financial acquired Laissez-Faire Books, the nation’s oldest libertarian bookstore. Today it offers a variety of publications dedicated to freedom and self-sufficiency.

And our staff includes several bestselling authors. Their books not only accurately forecast major economic events — but also instruct readers how to protect themselves, and ultimately profit, from these events.

Our founder, Bill Bonner, published Mobs, Messiahs and Markets with Lila Rajiva in 2007 and Dice Have No Memory in 2011.

Executive Publisher Addison Wiggin authored The Demise of the Dollar in 2005.

Also in 2005, the two collaborated on Empire of Debt, which went on to become a New York Times best-seller in two editions. It also inspired a documentary movie and a companion book for the movie, I.O.U.S.A., co-authored by Addison and Kate Incontrera in 2008. 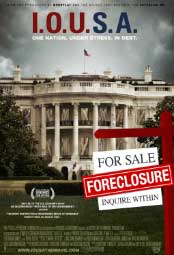 Based on the book Empire of Debt, critically-acclaimed I.O.U.S.A. boldly examines the rapidly growing national debt and its consequences for the United States and its citizens.

Agora Financial teamed up with Stephen Jones, president of String Advisors, to publish a pair of research papers. They aim to understand future market events and how they can affect people at the individual level.