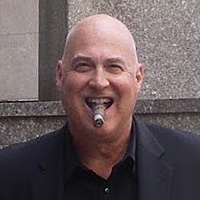 Kevin W. Massengill was named editor of Rickards’ and Massengill’s Defense Technology Alert by Agora Financial in 2016. Mr. Massengill is the founder and CEO of a fintech data analytics firm, Meraglim Inc., a senior executive in Fortune 500 aerospace, defense and information technology companies, a private equity firm in Chicago and he is an advisory board member of a California technology startup, Flynxx.

A US Army Airborne Ranger qualified officer trained in Arabic and Russian, Lieutenant Colonel Massengill was awarded the US Army Legion of Merit and the US Department of State Meritorious Honor Award at his retirement following 20 years of service. A native of St. Louis, Missouri, Mr. Massengill was a Distinguished Military Graduate of the University of Missouri-Columbia with a BA in Russian Area Studies and was awarded a US Army Top 5% Fellowship. He holds an MA in Near Eastern Studies from Princeton University and has been a guest seminar lecturer in the Woodrow Wilson School of Public and International Affairs. He has completed the Program on Negotiation for Senior Executives at Harvard Law School, INSEAD’s International Directors Program at Fontainebleau and held FINRA Series 7 and 63 licenses.