Dark Side of Social Security COLAs

“You wisely put a question mark behind the headline, Emily,” says an eagle-eyed reader. “You probably noticed that the numbers cited in the various surveys don’t add up.”

This in response to Thursday’s episode of The 5 where I underscored the Social Security Administration’s wage statistics for 2018.

Another observant reader points out the same discrepancy: “Would you please clarify your statistics?

“I’m pretty good with arithmetic, but I don’t get it.”

If I left you scratching your head, don’t blame the SSA stats, just the writer who used them. Emphasis on writer (hint: I wasn’t a math major). 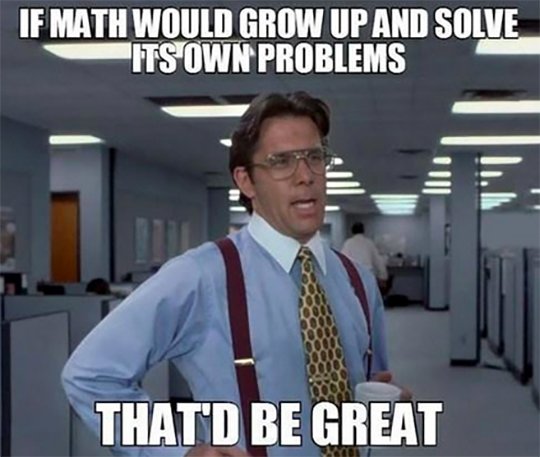 But even I — as math-challenged as I may be — noticed my mistake, just too late. I should have said two-thirds of Americans bring home $4,000 or less per month before taxes with people making about $33,000 annually earning pretax paychecks of $2,750 per month.

For what it’s worth, we’re gratified The 5’s readers 1) follow along so closely and 2) are such a smart lot.

(Not being sarcastic… Fawning? Maybe.)

For more on the SSA, our retirement expert Beau Henderson says: “You should… check to see if COLAs will be enough to make your Social Security payouts taxable.

“Nearly every year,” he continues, “the SSA automatically increases people’s benefits based on the rate of inflation.

And at The 5, we mentioned a couple weeks ago the COLA for next year is 1.6% — doesn’t exactly blow your skirt up, but every penny counts. Or not?

“That’s right… you may owe taxes on the money you receive from Social Security.

“To figure out if you’ll owe taxes,” Beau says, “you’ll need to know your provisional income.” Get out your calculators, folks, and press the “clear” button twice…

“First, find your adjusted gross income from your tax return — all the money you made minus deductions.”

Next, add in any nontaxable interest you earned. This includes (but is not limited to):

Last, add half of your annual Social Security benefit.

And Beau adds: “A full 85% of your benefits can be taxable if your provisional income comes in at more than $34,000 filing singly or $44,000 if you and your spouse are filing jointly.”

[Added context: The part about the $32,000 limit for couples’ provisional income is worth emphasizing — yeah, that hasn’t changed since the song “Karma Chameleon” was topping the charts in 1983.

“This means as the COLA has boosted benefit checks and wages have naturally increased with inflation,” Beau continues, “more and more beneficiaries have become exposed to taxation because their benefit checks are higher.

“Also keep in mind, this is just federal income taxation; you may also owe additional state taxes, depending on where you live.” Perfect…

“So 2020 could be the year your provisional income triggers a tax event — all because Congress picked an arbitrary number 36 years ago and hasn’t touched it since,” Beau says.

“Obviously the best way to avoid having to pay taxes on your Social Security benefit is to delay receiving them in the first place — taking larger IRA withdrawals during the early years of retirement.

“You can also plan ahead by putting money into tax-free investment vehicles like municipal bonds and Roth IRAs,” says Beau. “The income you receive from these investments is not included in your provisional income.

“The best part about having a Roth IRA is that you can take unlimited distributions without ever creating any tax impact on your Social Security benefits.

“Delaying your Social Security benefits will get you a higher benefit amount later, and that can reduce your need for IRA income,” Beau concludes, “which can extend the life of your portfolio.”

[Ed. note: We’ve reserved your free retirement box; inside, you’ll learn how to:

✓ Add five words to your Social Security application form and get up to an extra $1,000 every month. Over and above what the SSA will send you! (Page 68)

✓ Use a little-known “loophole” to legally collect a portion of your Social Security even before you retire. (Page 108)

✓ Beat the Social Security roulette’s “96:1 odds” so that you or your spouse do not get the short end of the stick … and more!

Not to mention a little-known “reset” to help make the most of your Social Security benefits, getting you everything you deserve.

Click here all the details about this urgent opportunity (supplies are limited).]

And the winner of the Pentagon’s $10 billion JEDI contract is *drumroll* Microsoft! That’s right, the much-ballyhooed contract was awarded to the company Bill Gates founded…

… instead of the company Bezos built — and its cloud-computing branch, Amazon Web Services (AWS). The news couldn’t have come at a worse time for Amazon, either — right on the heels of a disappointing Q3 earnings report.

Our analyst Greg Guenthner notes: “The irony here is that Amazon’s recent HQ-2 decision to build in Northern Virginia was simply a way to cozy up to some of these sweet government deals.”

We got juked, too; we said in our Oct. 15 issue that Amazon seemed like a lock for the contract… notwithstanding protests from big corporations, including Microsoft.

Of course, the JEDI contract comes with a side of palace intrigue. Greg says: “Rumors are already flying that the White House was pushing for Microsoft to get the deal… Trump doesn’t like Bezos or Amazon.”

What’s not to like? For Trump, Bezos owns The Washington Post. We have nothing further to add…

For his part, Greg says: “I like the recent price action from each stock. Microsoft is inching toward a huge potential breakout to new highs. And Amazon shrugged off [its] earnings miss to post a strong bounce off $1,700 to close the trading week. Don’t rush to sell either of these names just yet.”

To the markets, where the S&P 500 just topped its previous high-water mark… Today, the index surpassed 3,028 and is closing in on 3,040 at the time of writing.

“One of the untold stories of the past few years is that the CFTC, the Treasury, the SEC and the [National Economic Council] director at the time, Gary Cohn, believed that the launch of bitcoin futures would have the impact of popping the bitcoin bubble. And it worked.”

At the end of 2017, you’ll recall the massive run-up on bitcoin, something officials in high places saw as the biggest bubble (i.e., threat to the market’s status quo) since the advent of the Great Recession in 2008.

Around the same time, bitcoin futures were listed by the Chicago Mercantile Exchange (CME) and the CBOE Futures Exchange (CFE) and went live Dec. 18 — just one day after bitcoin peaked a shade below $20,000.

“We saw a bubble building and we thought the best way to address it was to allow the market to interact with it,” Giancarlo says. Toy with, more like…

“The CFTC staff handled it strictly on procedural grounds,” he assures, “but at the leadership level I communicated with Treasury Secretary [Steven] Mnuchin and NEC Director Gary Cohn, and we believed that, should bitcoin futures go forward, it would allow institutional money to bring discipline to the value of the cash market.”

In other words, according to Giancarlo, without a mechanism to short a given market (the mechanism, in this case, being bitcoin futures) “a market has no pessimists,” CoinDesk says.

Shades of “irrational exuberance” anyone? Indeed. Mr. Giancarlo, says: “Coming out of the 2008 financial crisis, the legit criticism of regulators was along the lines of: Where were they during the expansion of the real estate mortgage bubble and why didn’t they take steps to pop that bubble when they could have?”

We’re led to conclude the former CFTC chairman counts himself as one regulator who prevented a financial meltdown. Interesting… On one hand, what Mr. Giancarlo has to say — almost two years after the fact — is completely self-serving.

On the other, the futures markets are how powerful forces jerk around the prices of oil and gold. Why not BTC?

We received a raft-load of emails regarding the “taker state” debate Dave talked about Friday — more on that tomorrow. For now, here’s a perspective from our neighbor to the north…

“A schism in Canada is evident from our recent election.

“The Bloc Québécois has been resurrected… Another separatist referendum in the offering?

And the oil-rich, agriculture-rich western provinces went Conservative even as the incumbent ‘Incompetent Liberal Party’ in Ottawa milks the west for all its worth.

“Maybe it’s time to turn off the natural gas valve to eastern Canada in January?”

The 5: And here we thought Canadians were so nice…

P.S. Can you answer yes to any of these questions?

If you answered yes to any or all of the questions above, here’s some information that’s imminently practical…

Including strategies that might increase your lifetime Social Security benefit payouts — in some cases — by as much as $340,000.

To learn more, click here for the full, urgent details.