Mastermind a Market in Flux (For Better Trades)

“At the most basic level,” says penny stock trading expert Tim Sykes, “stock market fluctuations are a matter of supply versus demand.”

On the supply side is the number of shares available for sale; on the demand side is a willing buyer who’ll pay for shares at a set price. More buyers than sellers? Share prices increase. On the other hand, if there are more sellers than buyers, the price of shares drops.

Drilling down even further, Tim explains some key terms you should know when executing stock trades…

Say you open your laptop and look up a company’s ticker; you’ll find the current share price… “But that doesn’t mean the price on your screen is what you’ll pay if you buy 1,000 shares in the next five minutes,” Tim says. 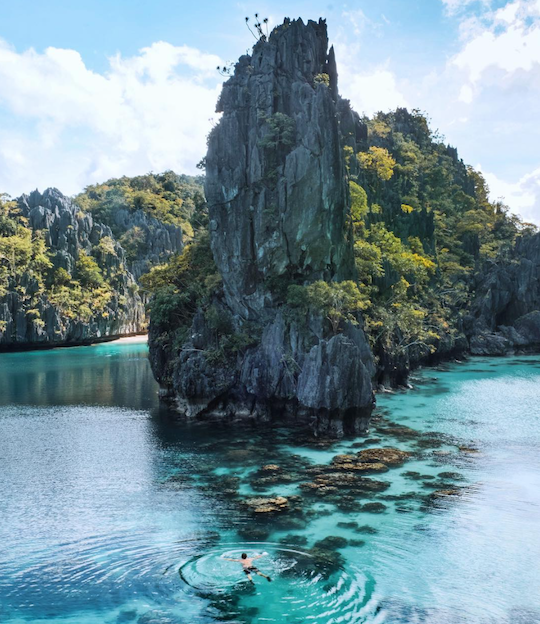 Rather, you need to understand bid, ask and spread…

“Bid is like making an offer on a house,” says Tim.

If you’re in the market to buy a house and you find one that ticks most of your boxes, you make an offer — usually in the vicinity of the sale price and what the market will bear.

But let’s say you discover — lurking behind the freshly painted drywall — that there’s outdated knob and tube wiring. You still want the house but know it’s going to cost time and money to update the electrical; you make an offer that’s lower than the asking price. Common sense, right?

“Bid price is the same idea in the stock market,” Tim continues. “It’s an offer made by a trader or investor to buy a certain number of shares at a particular price.”

And to make an appropriate bid, Tim’s a big proponent of doing your homework — he thinks you should know if a company has the equivalent of faulty wiring…

That’s why Tim says: “Never, ever go into your trades without doing research.” And that’s never more necessary than when the market gets choppy.

So do your due diligence when it comes to tracking a stock; for example, pay attention to news catalysts:

Of course, not all news is created equal: Tim says beware stock promoters. “These are the marketing companies behind stock pump schemes,” he says.

To wit, not all press releases should be trusted — Tim warns his students not to take a company’s word for it. Make sure to cross-reference several sources to confirm a company’s announcement.

So after determining if a stock’s worth the risk…

Back to the real estate analogy: Let’s say the homeowner has a target price that might not line up exactly with the bid… “but since you made an offer, the seller has to decide if [he’s] will to take it.

“The terms bid and ask are used in every market — from forex to bonds, stocks and derivatives such as futures and options.”

Next, the spread is the difference between the bid and ask prices of a stock. Tim explains why it’s critical for investors/traders to know…

The thing to understand about spread is it makes all the difference between a fist-pumping deal… and one you might live to regret.

“See, the spread is determined by supply and demand,” says Tim, “just like the price.

“When there’s high trading volume — meaning you can get in and get out of a trade much easier — the spread narrows,” he continues. “But if volume drops” — and the spread widens — “you might be stuck in a position.”

Tim’s takeaway: “Study this,” he says, “because it can potentially make a big difference for your trades.”

[Ed. note: Tim Sykes claims his trading record could be better than all our other editors’.

And he thinks he’s turned more of his readers into millionaires than anyone else at our firm.

In this clip, Tim reveals his personal trading record… and you’ll see why he believes that.

We’re reopening his most popular publication — for this weekend only — to allow more readers the chance to be Tim’s next millionaire success story. [Watch this clip now.]

“Tariff talk rocked markets,” says Alan Knuckman, our eyes and ears at the CBOE. And that might be the financial headline for the week…

“The week’s action started in the red as China announced it would increase tariffs on $60 billion worth of U.S. goods,” Alan says. “But investors know a deal when they see one, and price action bottomed out by the end of the day Monday.”

The rest of the week? Not the massive sell-off one might expect — all three major indexes bounced. And investors took the S&P 500’s 5% drawdown, for example, as an opportunity to buy at a discount.

“Don’t forget that the CBOE Volatility Index (VIX), aka the ‘fear’ index, has been on the decline since last Thursday’s high,” Alan says.

“This bullish divergence between price and volatility is very much a positive,” he says, “one that we’ll look to build on here in the coming sessions.”

And in spite of hyperbolic trade war headlines, “corporate earnings continue to surprise on the upside.

“These fundamental facts will add to this week’s optimism,” Alan concludes, “providing new opportunities for buyers looking for bargains.” And who doesn’t love a bargain?

“U.S. consumer sentiment jumped to a 15-year high in early May amid growing confidence over the economy’s outlook,” says Reuters, “but much of the surge was recorded before an escalation in the trade war between the United States and China, which could hurt activity.”

The Conference Board Leading Economic index (LEI) came in lower than expected, up 0.2% for April — March revised down — numbers so far this year point to punk GDP growth of 2% for 2019.

“Homebuilder confidence is finally picking back up as mortgage rates drop to their lowest level in more than a year,” says Agora analyst Greg Guenthner.

“The National Association of Home Builders’ monthly confidence index just jumped to its highest rating since October,” he continues.

As recent as March, dismal housing data were not a good look for U.S. real estate. Housing starts were DOA, home prices notched the smallest gains since 2012 and baby boomers were finding it nigh impossible to divest their high-ticket McMonsters.

“But hidden in these bearish real estate stories is the fact that homebuilders need to step up and fill in the gaps,” Greg says, “constructing the homes young families are desperately looking to buy.

“Now that the numbers are beginning to better reflect the current situation, the outperformance of the homebuilder sector this year starts to make sense.” 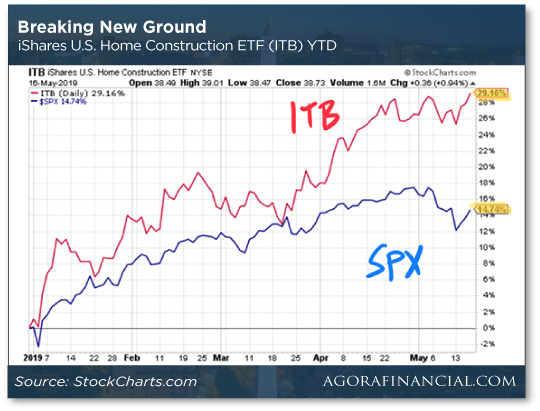 After hanging tough through some “sideways action” over the last few weeks, iShares U.S. Home Construction ETF (NYSE:ITB) is breaking out to year-to-date highs. Not to mention ITB’s downward pressure in May was minimal compared with the S&P 500.

“ITB is now up almost 30% in 2019, compared with a gain of 15% in the S&P 500,” Greg says. “That’s an impressive performance gap for a group of stocks that was left for dead during the fourth-quarter correction.”

A “Florida Man” follow-up: Tuesday at The 5 we highlighted the off-the-wall antics of a Florida driver… and the Sunshine State as internet sensation.

Today, we feature another Florida man, Ryan Davis — who bought the domain floridaman.com three years ago — and runs the site as an homage to the state’s offbeat headlines.

Mr. Davis also sells miscellaneous bric-a-brac such as T-shirts and mugs — a nice side hustle… 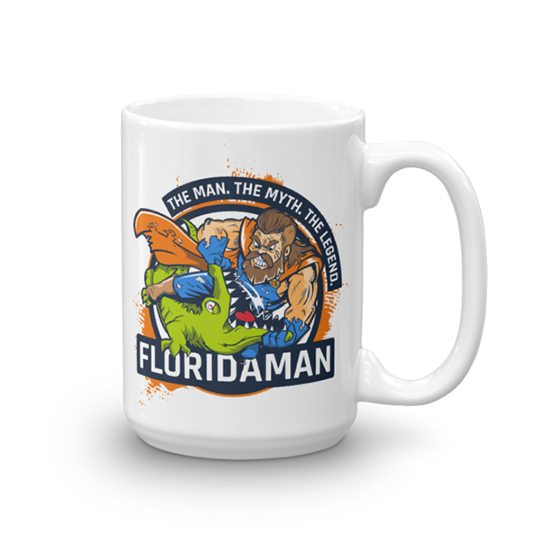 We’re waiting for a mug featuring our cruise-control, sunroof-loving retiree…

“Now the St. Petersburg resident has taken the next logical step,” reports the Tampa Bay Times. “[Mr. Davis] recently applied for a trademark for the term ‘Florida Man.’

“Davis said he became concerned about the future of the term when he saw that the Oxygen television network plans to launch a new reality show called” — yep — Florida Man.

The tone of the show — featured on the true crime-centric Oxygen channel — is quite a bit darker than fare at Davis’ website.

Think he’ll get the trademark? Generally, trademark rights are granted if there’s a specific product or service sold under the name. Davis’ tchotchkes would qualify.

“Jim Rickards has correctly called this situation from the beginning,” says our longtime reader. “Donald Trump is skillfully using the ‘crazy man’ strategy to negotiate with China (as well as other regimes). Xi Jinping, in turn, publicly says whatever it takes to try to save face.

“The mutual bluster is all about media manipulation and distraction. The MSM take the bait every day — and so we are bombarded with theater. Meanwhile, the real action is taking place behind the scenes.

“Neither the media nor the markets seem to understand President Trump’s art-of-the-deal style. They just keep getting whipsawed and making noise.

“I’m no Trump fanboy, but as best as I can tell, he’s kicking butt and taking names. Globally, he’s cleaning up one ugly mess after another. Domestically, he’s tackling the clusterf#@% issue of open borders as well as the human/drug trafficking evils associated with it. He’s exposing traitors in the process and playing the MSM like a banjo.

“Kudos to you and your team for thinking clearly and helping us see the long game.

“By the way, don’t you get the feeling that some bad people are about to be held accountable for what they’ve done to America?”

He shocked us all when he revealed his personal trading record in this clip.

But just because he’s helped a lot of folks build a huge retirement fund doesn’t give him the right to say this.

We have to take this clip down by Monday or our entire firm might be pissed!