Where Dividends Go To Die

“Despite fears over global economic growth and Brexit-related uncertainty, global companies paid out more in dividends last year than any year on record,” according to the Financial Times.

“Only one in 25 U.S. companies cut their dividends last year,” Financial Times says.

This year? Seems juicy dividends (and stock buybacks) that got a lift from corporate tax cuts might be a thing of the past.

Pssst… Victoria’s got another secret… L Brands, parent company of Victoria’s Secret, cut its quarterly dividend in half.

This after January lingerie sales at the mall mainstay dropped to $780.1 million — down from $1 billion for the same month last year. (That’s a lot of ladies’ unmentionables… heh.) 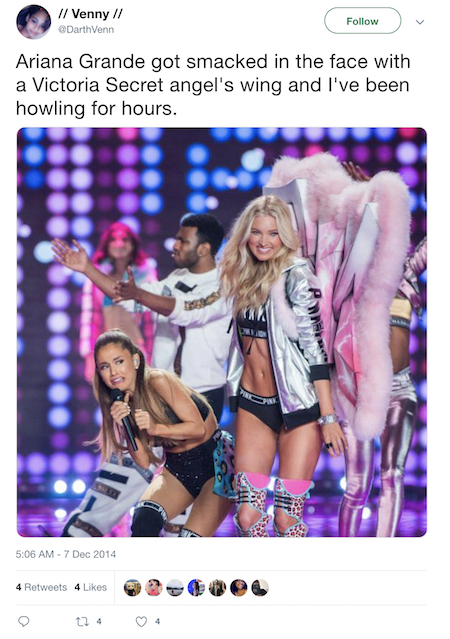 From the… sublime?… to the mundane: Dallas-based dairy company Dean Foods announced the company’s “suspended its quarterly dividend to enhance its financial flexibility,” says website DallasNews.

With stiff competition from lower-priced store brands, Dean Foods — owner of “legacy brands” Land O’Lakes, Pet and Lehigh Valley — reports the company “swung to a fourth-quarter loss of $260.1 million, or $2.85 a share.”

Compare that with a profit of $52.3 million one year ago.

All of which tees up the question: Are dividend-paying stocks headed for trouble?

Our income specialist Mike Burnick says: “IHS Markit predicts a ‘significant slowdown’ in global dividend growth in 2019 and forecasts that 11% of companies that currently pay a dividend will be forced to cut payouts this year.

“Just because a stock pays a dividend doesn’t make it a good investment.”

“Corporate America is returning more cash — through buybacks and dividends — to shareholders than they are making in profits.” 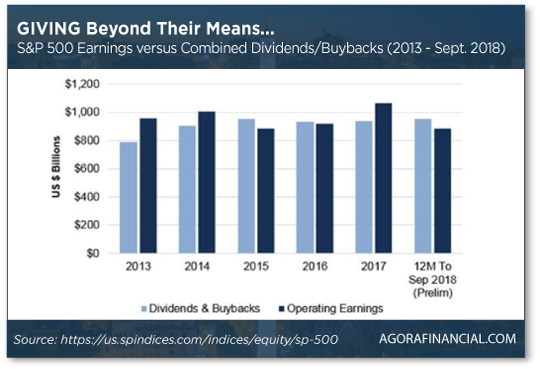 “All dividend stock investors need to be more careful than ever,” Mike says.

He goes on to say avoid companies with these red flags:

“Bottom line,” says Mike, “do NOT interpret this cautionary advice as me turning negative on the market or on dividend-paying stocks. Far from it.

“The S&P 500 is up by about 17% from the December lows thanks to a combination of uber-strong job growth, rising corporate profits, strengthening consumer sentiment and a suddenly dovish Federal Reserve.

“All of this creates a backdrop for even higher stock prices ahead,” Mike says.

“Stay invested but stick with high-quality dividend-paying blue chips,” he continues. “That’s the recipe for a steady stream of fat dividends and capital appreciation.

“But now more than ever before,” Mike says, “you’ve got to do your homework, as I do with every dividend-paying stock…”

[Ed. note: You’ll want to check out what Mike has to say based on his 25 years of experience…

By taking just three simple steps, you could learn how to add as much as $383,515 to your retirement account.

But you MUST position yourself BEFORE midnight.

To that end, we’ve prepared a short message to explain the entire time-sensitive situation.

You can view it by clicking right here.]

In yet more bizarre behavior from Elon Musk…

Agora analyst Greg Guenthner says: “Just one day after the SEC asked a judge to hold Elon Musk in contempt, the Tesla CEO goes rogue on Twitter, changing his name to ‘Elon Tusk’ and teasing an announcement that will supposedly happen at some point this afternoon.” 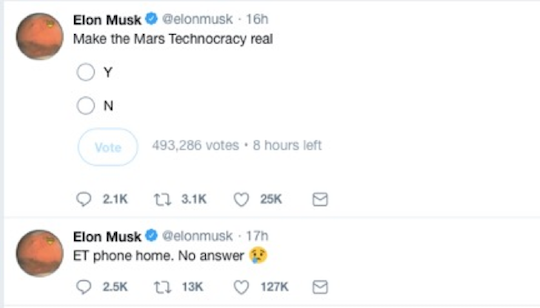 What the…? And “Elon Tusk”? *Scratching head*

There’s no reasonable explanation for Musk’s antics… but Tesla shares haven’t suffered from his latest tweet storm. “The stock climbed nearly 6% yesterday to close just below its flat 200-day moving average,” Greg says. At the time of writing, Tesla shares are up another 0.75%.

Market reaction is muted to the early conclusion of the Trump-Kim summit, with no progress toward a long-term agreement.

The good coverage we’ve seen from Hanoi — and there’s not much of it — indicates National Security Adviser John Bolton sabotaged the talks. He demanded that North Korea report on its chemical and/or biological weapons programs — a topic that hadn’t been on the table up to that point. In response, the North Koreans upped their demand for sanctions relief, and that was that.

Oil’s up to $57.24 per barrel today… and Mike Burnick says: “This week’s rise in oil stems from a trifecta of factors.”

“Saudi Energy Minister Khalid al-Falih said OPEC and its partners were ‘taking it easy’ in response to a tweet from Trump on Monday that called on the group to slacken its restrictions on crude production,” says Reuters.

Next — this is sorta surprising — the U.S. experienced a drawback in oil production last week.

According to OilPrice.com: “The American Petroleum Institute (API) reported a surprise draw in crude oil inventory of 4.2 million barrels for the week ending Feb. 22, coming in under analyst expectations…”

“Rounding out the trifecta of tail winds is renewed confidence in global trade,” says Mike.

“For now these tail winds are working for Big Oil,” he continues. “But we have to wonder if the rise in prices is sustainable.”

The Bureau of Economic Analysis released its GDP report this morning, a month behind schedule because of the shutdown… weak but better than expected.

The initial estimate comes in at 2.6% for the last quarter of 2018: “That marks a significant slowdown from the middle of the year,” says The New York Times, “when a sugar high fueled by tax cuts and government spending increases briefly pushed growth above 4%.”

Heady days indeed… and likely in the rearview? Economists expect growth to drop below 2% in the first three months of 2019.

Following our in-depth report yesterday: “Airlines operating flights from East Asia to destinations in Europe are having to reroute their planes away from Pakistan and northern India,” the BBC reports.

The article continues: “The recent flare-up between India and Pakistan over the disputed region of Kashmir began when a suicide car bomb killed 40 Indian paramilitary police on Feb. 14.

“India retaliated with an airstrike on what it said was a militant training base on Tuesday.”

In the interest of safety, airlines are choosing to avoid Pakistan and Kashmir airspace altogether. “Thai Airways has taken the more drastic step of suspending all its flights destined for Europe.

Michael Jackson’s storied estate Neverland Ranch is on the market again… and the timing’s suspicious.

“After listing for $100 million in 2015,” says the Los Angeles Times, “the late pop star’s former playground is back on the market for $31 million.”

That’s 70% off — such a deal! And don’t call it Neverland; the estate’s been renamed “Sycamore Valley Ranch” perhaps in an effort to combat the property’s amusement park-like image. 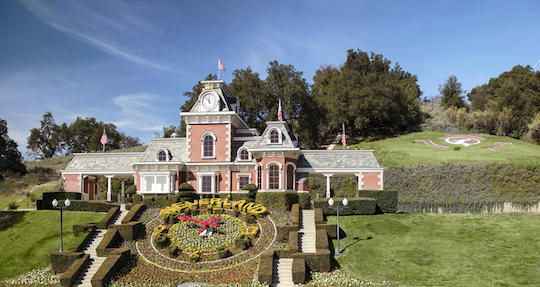 So what do you get for a cool $31 million? “Nearly two dozen… structures populate the property, including three guesthouses, a movie theater with a stage, a brick train station and equestrian facilities such as barns, animal shelters, corrals and a maintenance shop,” the Los Angeles Times says.

Not to mention 2,700 acres in the Santa Ynez Valley that feature “mountains, tree-covered fields and grassy plains. In addition, there’s a four-acre lake with a waterfall.”

Thing is the mega-hit singer-songwriter lost the property in 2008 after defaulting on a loan; that same year, “real estate investment firm Colony Capital bought it… for $22.5 million.”

We guess it’s a case of all publicity is good publicity?

That could set you up to retire a multimillionaire as early as MIDNIGHT.

Retiring rich has never been this easy.