The Pot Market’s No Pets.com

“This isn’t a cryptocurrency, where you build it and hope that clients will show up later,” says an article at website Born2Invest. “The [pot] market exists, and consumers are demanding access. And it will grow.”

The article rebuts recent guidance issued by the SEC and self-service brokerage TD Ameritrade warning investors about the dangers of the marijuana industry.

“Watch out! they tell us. The pot industry is filled with highflying stocks, overbought companies and outright scams,” Born2Invest says.

That’s rich coming from the SEC, the article says, that audited — and vouched for — Bernie Madoff three times.

And, bless their hearts: “Was TD Ameritrade giving investors a heads-up on internet stocks in the 1990s?” 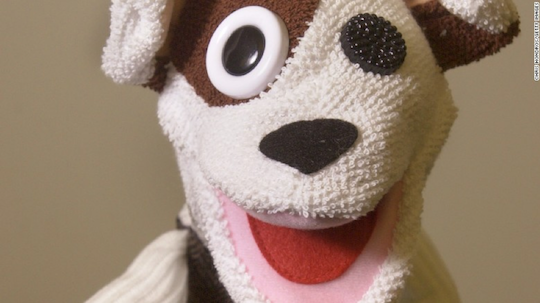 The spokespuppet’s all that survived the dot-com bust. This won’t be the pot market’s fate…

How about Pets.com? Enron? Worldcom?

In other words, the SEC and TD Ameritrade can keep their opinions to themselves, thanks very much.

“The facts tell us that this is a market to follow,” the article continues. “Yes, it’s the wild, wild West of investing. That’s what makes it interesting.”

Today, four more states will put marijuana to the vote. North Dakota and Michigan will be voting on recreational marijuana while Utah and Missouri will vote on making medical cannabis legal.

(Notice anything about these states? Let’s just say their red is showing… at least from the 2016 election.)

Lest we forget — in January this year — the federal government rolled back an Obama-era detente when U.S. Attorney General Jeff Sessions sent a memo to federal law enforcement agencies, reminding them — ahem — marijuana’s still illegal, y’all.

States’ rights versus federal jurisdiction aside, the government’s ambivalence about marijuana is most apparent when discussing medical cannabis…

“We are delighted to announce that Epidiolex is now available by physician prescription as a new treatment option for patients with… the most difficult-to-treat forms of childhood-onset epilepsy,” says Justin Gover, CEO of GW Pharmaceuticals.

And the FDA had to go to the mattresses for approval…

“The FDA went so far as to send a letter to the DEA calling for CBD, one of the active ingredients in pot, to be removed from any classification under the Controlled Substances Act,” says Born2Invest.

“The DEA demurred, tagging Epidiolex as Schedule V, the lowest level, and leaving marijuana as a Schedule I.”

Here’s the takeaway: “The national government and the states are on a collision course when it comes to marijuana,” says Born2Invest, “and impending crash means one thing… Opportunity.

“When the United States’ federal laws finally melt away, the business will explode in the U.S., coronating kings of the industry and creating wealth for investors.”

But even before federal legalization, Ray says: “On Election Day, more marijuana millionaires could be created than in all of history to date.

“That’s why I’ve teamed up with Emmy Award-winning TV host Montel Williams,” says Ray, “to host a first-ever live broadcast showing you everything you need to know.

“Because TODAY might be your last chance to become the next marijuana millionaire.”

On the live broadcast tonight, Ray will reveal:

To the markets, where the FAANG stocks have gotten a drubbing so far this week…

(Well, that all depends if you add the extra A — as in Apple — to the FANGs. Tomato, tomaato… heh.)

“Apple isn’t the only mega-cap to hit the skids,” says Greg. “Amazon.com shares dropped nearly 4% intraday before recovering to close down roughly 2% on the day. Sellers rejected the stock right as it tried to break above its 200-day moving average.”

Oil continues to slide to $61.69 for a barrel of West Texas crude.

“With the market selling off steadily throughout the month, losses on traditional stock positions piled up.”

It wasn’t until the tail-end of the month that major U.S. markets even mustered up consecutive winning sessions.

“There were a number of fears driving stock prices lower,” Zach says, “everything from the escalating trade war with China to higher interest rates from the Fed and even volatility ahead of the election.”

And investors with cold feet were only half the equation…

“In the case of the October sell-offs,” says Zach, “who wasn’t buying during that time?”

While blue chip companies have been on a stock buyback spree in 2018 — thanks, in part, to cash freed up by corporate tax cuts — where’d they go in October?

Well, earnings season had a lot to do with it… but it might not be what you think.

“Most U.S. corporations have spent the last few weeks reporting their numbers for the third quarter,” Zach says. “And by law, a company cannot buy back its shares in the month leading up to its earnings release.

“The rule makes sense. Corporate executives have a natural advantage over other investors who own shares of the stock. But it wouldn’t be fair for them to act on that information, like buying shares because they know profits are going to be exceptionally strong.”

Or, conversely, dumping shares because they know earnings are subpar.

The SEC imposes a “blackout period” in anticipation of earnings when corporations and execs aren’t allowed to buy or sell shares of company stock.

Fair enough… but the buying “blackout” made it difficult for the markets to rebound from October’s volatility.

“Now, however, companies are exiting their blackout season,” Zach says. “Perhaps that’s why shares were able to rally sharply over the last two days of October!

“Companies are… allowed to spend their cash to buy back shares again — bringing back significant demand.

“And with so many companies reporting strong earnings, they have more money to put toward their buyback programs,” he says.

“Just like any other economic commodity, when buyers are plentiful and demand is strong, prices naturally go up.”

“A year after hitting the market at $12.5 million, San Francisco’s largest estate is still up for sale and this week the price was dropped to $5.5 million,” says SFGate.

“Could this magnificent and quirky property tucked away on Chenery Street now be the city’s best deal?” the article asks. 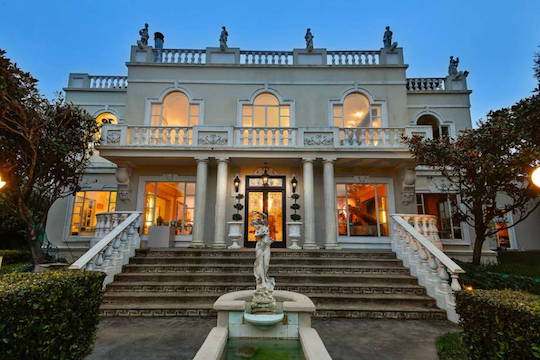 The French neoclassical home was built by ad man, author and man-about-town Bob Pritikin in the 1980s. Among other things, it houses Pritikin’s eclectic art collection, including the original F.A.O. Schwarz clock from the San Francisco toy store and a tapestry of George Washington surrounded by dollar bills.

And talk about a hidden gem: Most San Franciscans aren’t aware the five-bedroom, five-bath home exists. (If you’re in the market, other amenities include a tennis court-size living room and an indoor pool area with retractable roof.)

“You enter the property through a three-unit building fronting Chenery and then walk into an English country-style garden,” SFGate says.

Given San Francisco’s inflated real-estate market, one would think this property wouldn’t be sitting on the market for over a year… and then marked down 50%.

Goodrich says, “Unique properties like this require the right buyer and can take time to sell.”

That’s realtor-speak for there’s a lid for every pot.

“The buyer of this estate needs a vision,” says SFGate, “and if they have that and the money, there could be a tremendous opportunity here.

“This has certainly been accomplished many times over in San Francisco.”

The article notes a historic home in the Russian Hill neighborhood that sold for $4.5 million in 2012; now, after a complete reno and addition, the house is on the market for $45 million, making it the most expensive residential listing in San Francisco’s history.

“I live in true Northern California,” a reader says, “by Redding, almost to the Oregon border.

“We are about four hours north of the Bay Area and are offended when the Bay Area and Northern California are referred to in the same sentence. Most of us did not vote for Pelosi, Boxer, Feinstein and the like.

“Anyway, in Shasta County (Redding area) there are not many ‘pot shops.’ There have been two in Shasta Lake City, just north of Redding, for medicinal for years. Now they are also recreational. They are very clean, lots of different inventory and know about the products they carry.

“Rolled products having to have 50% tobacco… I don’t think so! As [The 5’s reader Friday] said he was in a skanky area [and they were] probably ripping people off!

“However, in California, the taxes and regulations are onerous!

“Each county and city makes up their own rules. If you live in an unincorporated area, you have to follow the county rules.

“Just an example: When recreational marijuana became legal, the city of Redding said they would allow six dispensaries. To get a permit you had to fork out almost 30K just to maybe get approved (nonrefundable) and then if you were approved it would cost you almost another 30K a year for the operating permits.

“I have only heard of two approved so far and one growing operation that has another onerous per square foot of growing area tax and other taxes.

“There will always be a black market with these outrageous taxes, fees, whatever you want to call them! Anytime a government entity reaches in your pocket, it is a tax, period!

“Just grow your own if you are allowed to!

P.S. A new “green rush” is coming TODAY, Nov. 6, when four states will vote on marijuana.

This IS Marijuana’s Tipping–Point Moment…

Click here to lock your free seat in now!